As promised, here is the continuation of UPDATES! This time, with a few more words…

As well, I thought I would take this time to write about "things I did right" last season, and those "things I did not so right".  When I initially thought of making this post, I wanted the "right v. wrong" to be an even split; five and five. But that wouldn't be authentic, and the changes I would have to write about would simply be leaflets of a larger tree. So, the split came to two actions I have continued, and four which I have taken on this year! 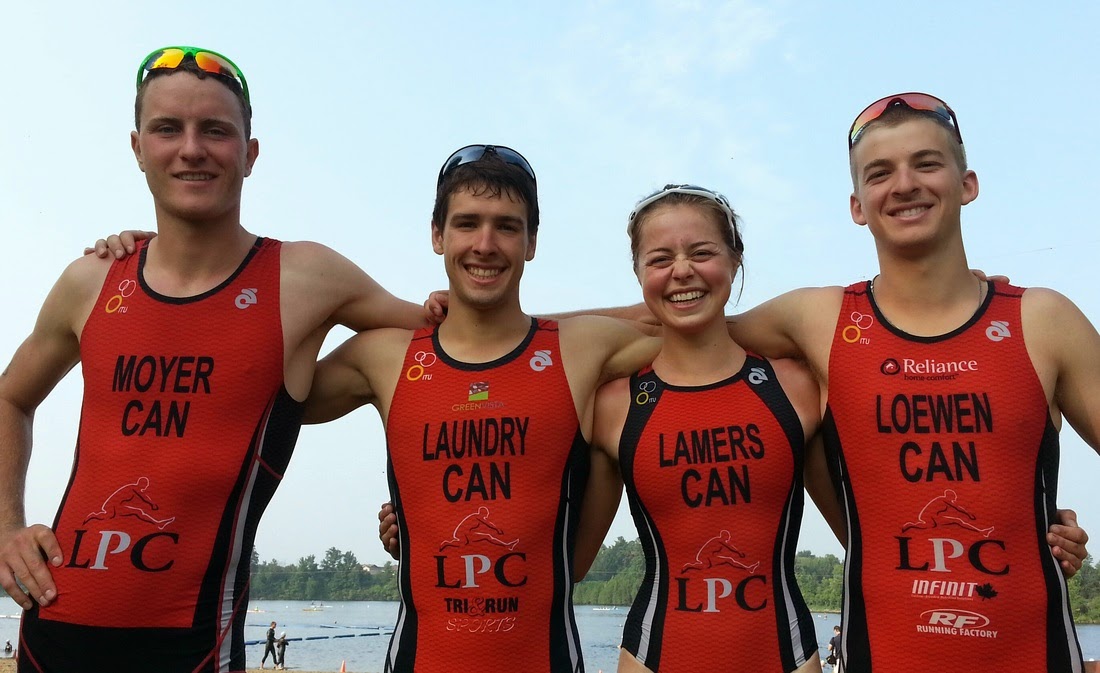 1) Being part of a team bigger than myself: It is hard to believe I began triathlon with teamLPC in the fall of 2013! In fact, I have only been training in Guelph for a little over a year now! Maybe I am a little biased, but teamLPC has brought me more than just success in triathlon; it has become my second family. Whether it is training, competing, nutrition, school, transportation, etc., teamLPC has been there for me. When people ask me why Guelph, I always say "because that's where my team is!" Truly, having such a stellar training base has made a world of difference in my life, which has extended into my athletic endeavours. More on teamLPC in my third instalment of "UPDATES"! (yes, there's more coming your way!)

Along this same vein, last year I was fortunate to be named to the 2014 Multisport Canada Ambassador Team. I am pleased to say that for the 2015 season I am returning to the Multisport series as a member of the 2015 Ambassador team! Thank you and cheers to the MSC RWM team! Even within the series, it is great to have a team of people who you compete against, while cheering for one another's success. Rooting for each other, the series and for yourself truly builds community; and that is exactly what the MSC race series does best! Just recently, I was able to solidify my Multisport Canada Recharge With Milk race schedule. I will be attending the following races: Woodstock, Belwood and Wasaga Beach! Will you be attending? If so, which ones? Hope to see you on the circuit!

2) Nutrition: I have continued to work on both quality and quantity. Protein, carbs and veggies are a must; but so are sweets and treats too! Pre-, during, and post-race nutrition is an integral part of my life as a triathlete. I still have my ED moments, and my teamLPC family is great at reminding me to re-fuel; but the reminders are fewer and the need for those reminders decreases each day. I am no longer afraid to be present and take up space. My body will be what it will be; all I really care about is how it operates. My body is my mind's machine. I just want my machine to function the best that it can, and if that means chocolate syrup post Sugarloaf ride, then so be it!

Now here is where my "old" habits end. This season, I have embraced new habits!

Things I am doing differently: 1) Rest and recovery: Last season, recovery was important… or so I thought. However, this year I have brought my recovery to a whole new level. I've made sure to increase my quality of sleep, as well as my quantity of sleep. I've also made sure my nutrition coincides with recovery-rest periods. This means fuelling appropriately for the muscle repair that is about to go down. I think of it as each cell being a little construction worker, and every single night, the Brooklyn Bridge is being built… in every single muscle fiber. Excessive? Yes. True? Yes. As well, "down time",  CEP recovery socks, and taking the easy days REALLY easy have also become an integral part of my recovery. I am learning that to give my all on the hard days, I really need to make sure that low-intensity sessions are done accordingly. If this means that I have to go to my coach's house to hop on the Compu Trainer set on Ergo mode, then that's what I have to do. It might seem a bit excessive, but I've also embraced a bit of the "athlete laziness": Ex. if I can avoid excessive walking outside of training… I do. Big shout out to the Guelph Transit system for their awesome schedule. Anyone who complains about transit in Guelph needs to attempt the bus system in London, ON! Long story short; take the rests when you can, and then go all out when you need to.

2) Warmup: I have learned that "warmup" is not an event. It is not where I can earn prize money, accolades, or step up to a podium finish. Warm up is meant to prep the body for what is to come. For me, this means moving. Not swimming, biking or running; moving. I could be moving-while-swimming, but you won't catch me swimming fast. My warmup runs are actually what a few of my competitors refer to as the"jog" (pronounced "yawg"; defined as "running with a soft j"). As for biking, I push just enough watts to get a single lightbulb going. So, if you want to go fast…. don't ever get behind me in warmup.

3) Valuing myself: Prior to this year, I placed a lot of stock in each individual session. Failure meant I had failed. Bad sessions meant I was bad. Winning meant I was a winner. Losing meant I was a loser. These ideas are not necessarily true, nor were they. I did not value myself as an athlete (or even have a clue of what my worth was). Without a compass to guide me, these sessions were the only way to for me to determine my value as a triathlete. This year, I have placed value on myself as an athlete. Sponsorships, job opportunities, and looking at my own results have forced me go back into the books and realize my value and what I can bring to the table. As an elite triathlete, I think it is important to walk the line between de-valuing yourself and over-valuing yourself. Perhaps have been watching too much Shark Tank, but Kevin O'Leary is a pretty smart investor. As Kevin "Mr. Wonderful" O'Leary says "Money doesn't have emotions", and "fact is fact".
The fact is, everything can be looked upon with an objective eye; and that is what I believe I have done successfully this season. Knowing what my value is ensures that I get what I deserve; be it sponsorships, becoming a member of a team, getting my name on a start list, etc. Yes it's true, sometimes I will get snubbed, sometimes I will get lucky. But usually I will get exactly what I need as long as I remain objective when it comes to evaluating myself. But knowing my value as an athlete means that I must remain objective, while keeping my head to sky and looking to achieve my dreams. I no longer get bogged down because of a bad day; because a single session does not determine my worth. Once I get on that start line, that's what matters. That is where my athletic value begins to form. Is it necessarily at a single race? No. But consistency, that's where it counts. If I can look back a year from now, five years from now, ten years from now and see improvement; that's valuable. If I can look over my achievements and show them proudly; that's what counts. This year I won't say it was (as Oprah so eloquently says) an "AHA" moment. But in the recent months of putting together sponsorship applications and really looking at my athletic worth, I found a great middle ground between gratitude and confidence. I am grateful for all I have achieved because I know I could by no means have done this on my own. However, I also realize that it is largely attributed to my own initiative. Every win and loss, every award or goal achieved; I contributed to my own success. Therefore, I must value myself based on these successes. I can't say yes to every opportunity, nor will every opportunity be open to me. For every one-thousand no's, there will be a yes. Rejection is a part of life; as is acceptance. This year, I have accepted my worth and work every single day to stand behind my value, while working to improve it.

3) Seeking failure. I know, this one sounds odd. What I mean is that I am not afraid to fail. In fact, I want to work so hard that I do fail. I want to reach my ceiling, I want to really discover how far I can go. Each time I hit that wall running, the wall will move backward. Eventually, the wall will break. This season, I am doing just that; breaking down walls. Although I will still be competing in the MSC Recharge With Milk series (because let's be real, I do love these races!), I will also be participating in a handful of draft legal races because why not? Starting with the Clermont Draft Legal Challenge in Clermont, FL. I'm jumping out of the small pond and heading into the ocean. Let's just hope I leave with all of my toes!

4) Training partners: Prior to this season, I had people to train with… sort of. There were people doing triathlon training around me, but I was either too slow to keep up or simply didn't really engage myself in any group training sessions. Perhaps it was my fear of failure or fear of not measuring up. I don't really know why, but this season those fears are no longer a primary motivator. This year, I relish in the days where I get to train with others; particularly people who are better than me. As Craig Alexander once said "you are who your competitors are". Now, if I can train with people who are better than me, it doesn't mean that I suck. It means that I have the chance to level up; to become better! If I can learn from my competitors, become stronger, smarter, faster; that's all I want! Plus, on those easy days when your mind is numbed by the monotony (or in most recent weeks, numbed by the cold!), it is so much better to have people beside you to chat with. This year, I'm all about training in groups! If I can; I go for the team sessions 100%!

I know it doesn't seem like many changes, but these changes have resulted in massive changes to both my performance and my life. I am training better than I ever have, and can't wait to toe the line again! 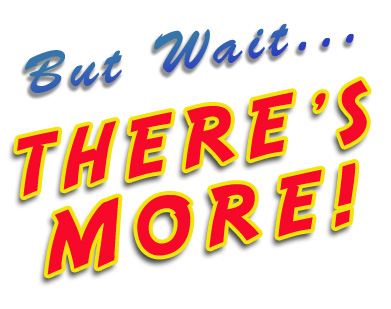 I had initially tried to put all of my updates in a single blog post, but my typing hands are not quite conditioned for that much typing! Stay tuned, updates on Clermont, Training Camp with teamLPC and more announcements to come!

Thanks again to everyone whose helping me to achieve my dreams; with a special mention to my family and my second family!